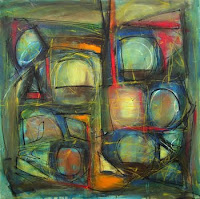 Dozens of new paintings by artists Taetzsch (her original painting "All Who Enter" is shown at left), McNulty, Bonfils, Fowler, Bate, Coates, Ober and Halverson have been added to the art rental gallery, available immediately for rent to clients in the US.
Visit our website at http://www.artrentandlease.com/  for more information on how to bring the beauty of fine art into your space for just a few dollars per day!
Art rentals are fully tax-deductible as a business expense and are off-balance sheet, unlike a lease.
Clients that have taken advantage of renting art for their spaces include building and facility managers, law firms, securities dealers, hedge fund managers, insurance companies, banks, financial institutions, medical and dental offices and hospitals.
Contact us at (888) 440-9260 x710 with any questions you have about enhancing your space!  Our consultants can yelp you budget, select, frame and install quickly and easily.....stress free!
Posted by Lisa Powell, Business Development at 11:18 AM No comments:

Leases Headed for the Balance Sheet

This outstanding and informative article appeared on CFO.com - please click the above link to read the entire article containing valuable information on accounting treatment for leases.  At Art Rent and Lease, we provide fine art rentals to corporate, healthcare and hospitality clients, building and facility managers.  A rental is not impacted by these new guidelines.  Art rentals allow the client to expense the rental payment, without consideration for capitalization or depreciation.

BEGIN:
The upcoming joint FASB/IASB exposure draft on lease accounting will put an end to off-balance-sheet treatment for leases, while throwing in some new complications.

Equipment leasing is finally on the upswing. The volume of new commercial-equipment leasing rose 15% in April, compared with the same period in 2009. That's the first year-over-year increase seen in the $518 billion equipment-finance market since July 2008, according to the Equipment Leasing and Finance Association, which released its latest data on Tuesday. Month-to-month volume was up too, rising 9% to $4.7 billion. The uptick is "a positive sign that businesses are starting to invest in capital assets," says ELFA president William Sutton.


But while the rising tide is welcome, accounting for leased equipment, as well as leased property, may soon become more complicated. The Financial Accounting Standards Board and the International Accounting Standards Board are rewriting the rules on lease accounting, and the exposure draft of their converged standard is scheduled to be released in June. The project is a contentious one: based on their reading of the preliminary discussion paper, finance executives have described the proposed new rules as "onerous" and "complex," two traits that the standard-setters have worked hard to purge from accounting rules as they rewrite them.

The new standard will replace FAS 13 in the United States and IAS 17 in countries using international financial reporting standards. Essentially, it erases the distinction between operating and capital leases and pulls all leases back on the balance sheet, says Jay Hanson, national director of accounting at McGladrey & Pullen.


The proposal does this by eliminating the so-called 90% rule. Currently, if the present value of lease rental payments amounts to more than 90% of the asset, the contract is considered a capital lease and the asset and liability are placed on the lessee's balance sheet. If the payments amount to less than 90% of the asset's value, the lease is considered an operating lease and the lessee simply records the payments as expenses on the income statement.

"In one sense, some parts of this project make the accounting easier," comments Hanson, because companies won't have to spend time figuring out if a transaction is an operating or capital lease. But then, he adds, complexity "creeps in.
Posted by Lisa Powell, Business Development at 10:11 AM No comments: