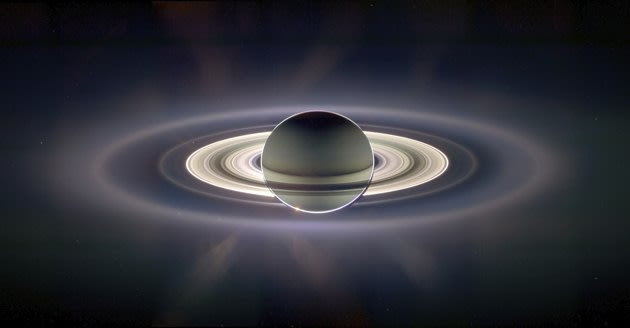 Taken by NASA's Cassini robotic orbiter, the shot was captured from the dark side of Saturn as the Sun's bright rays illuminated every piece of dust and debris circling the planet. Cassini has offered astronomers a never-before-seen look at Saturn and revealed more information about the planet than any craft before it. The craft has taken so many pictures of the ringed wonder that they were recently made into a short flyby film that looks like it was created by George Lucas rather than a robotic space explorer.